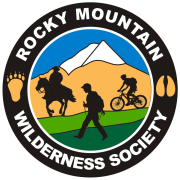 Back in 2014, Billy Wanyandie was guiding sheep hunters for Kipp Kelley up the Berland River in Willmore Wilderness. Billy noted that a beaver
dam was very active on a small tributary creek that flows into the
Berland River right where the Adam's Creek lookout trail hits the main
pack trail. Billy marked the grave and raised concerns with David
MacPhee at AWN about the grave being compromised by flooding. In turn,
David contacted me to discuss having the trappers control the beavers to
ensure the waters don't flood the grave site.

In the spring of 2015, RFMA holder Darcy Handy and myself went in to the
site in later May once access was possible and trapped out the beavers.
Six beavers were removed and the dams opened up to allow drainage. A
week later it was confirmed the beavers were all removed, the waters
flowed freely and the grave was not compromised. The trappers were back
in July and everything was fine with no beavers present and waters
flowing well. Fast forward to late August and the start of
sheep/outfitting seasons. Billy Wanyandie is back in the Willmore and in
passing the grave notes that the water is up again!! Another call from
David MacPhee and the trappers mobilize again.

On October 1st, the trappers headed into the Willmore to again check out
the situation. Surprisingly, another pair of industrious beavers had
claimed the vacant house/dams and set up shop sometime in August! Water
levels were as high as ever and four dams were threatening the grave
site more than ever. The main horse trail had water backing up over it
as well which never had occurred in the past. The beavers were quickly
removed form the site and the trappers opened up all four dams greatly
reducing the water levels so the grave and pack trail were not damaged.
Another check on the Thanksgiving long weekend showed no beavers were
present and the water was still flowing.

We took some photos of the site and grave. Many thanks to Billy
Wanyandie for putting up the cross at the site. The grave is that of
Madelaine Fraser who was Adam Joachim's mother. She died at the site in
1904. Adam was born in 1875 and settled in the Grande Cache area in
1910. He was an educated man who was a trapper , prospector, guide and
spiritual leader who was very respected for his honesty and integrity.
Adam died in 1959 and is buried in the Muskeg cemetery.

We believe that it is very important to preserve this grave and others
within the Willmore. Tommy Wanyandie had shown me this grave 25 years
ago and I could never find it again until Billy marked it. The Willmore
maps have it marked in the wrong location. As you'll note in the photo,
there are large, flat, shale stones that are on the mound and it isn't
easy to see. We want to explore preserving/ maintaining this site and
grave and will seek some input and guidance on helping with that through
the AWN and RMWS. 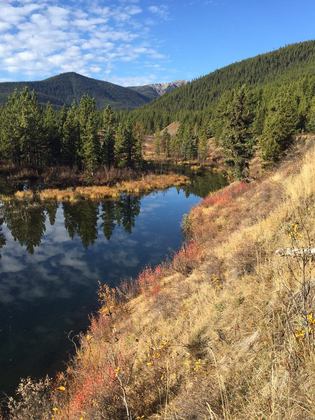 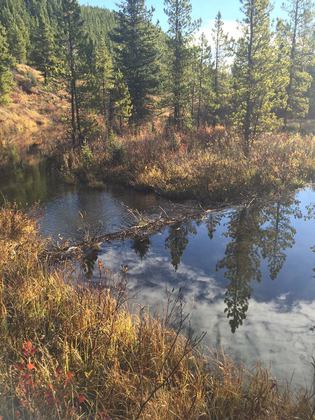 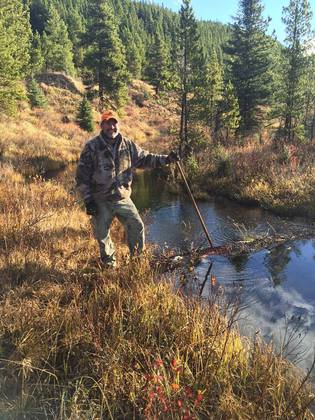 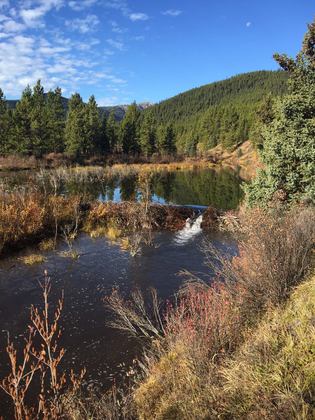 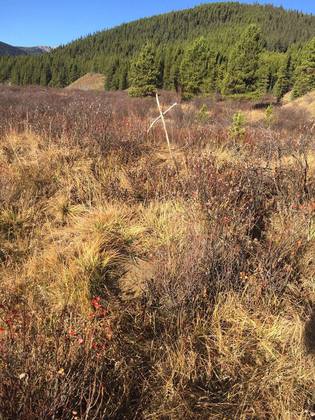