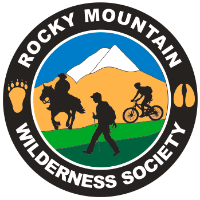 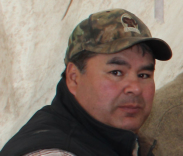 Lyle has been in the Alberta Rocky Mountains for over 25 years, whether it was going on a day ride, working on a pack trip, hunting or trapping.  He one of the fortunate people who has a trapline in the Willmore Wilderness Park, and feels very privileged to have this right.  He is also grateful to have had the opportunity to spend some time guiding hunters in the Yukon Territories for his good friend and outfitter Randy Babala.

Lyle has ridden most of the trails in the Willmore Wilderness Park and sees them becoming overgrown and neglected.  With the lack of trail cutting, we could all complain, but rather complain, he wants to be a part of the solution.  Lyle is proud to be part of this society, which has the same beliefs as he does.  He feels that with all our experience and passion we can achieve our common goals.

Lyle’s family has always been a part of the Alberta Rocky Mountains and is passionate about keeping the traditions alive for our future generations.  He strives to follow the footsteps of his ancestors.

Please join us in our quest; any support is greatly appreciated!

Pat is one of the founding members that played an inspirational part in starting this society. He served a three year term as Vice President then stepped aside allowing others to come forward to fill his position.

Pat serves on different boards within Alberta and we were very fortunate to have him on ours for the last 3 years. Hopefully he will let his name stand again down the road.

Below is the bio we had on our Director’s Page:

A third generation Albertan born and raised NW of Red Deer, Pat spent his early years on a mixed farming operation when he wasn’t busy poking around the mountains in West Central Alberta. After returning to school for a secondary education at the age of 29, he spent the next 30 plus years with Alberta Fish and Wildlife. Making the decision to remain in Peace River after his retirement Pat decided he still needed a reason to be getting up in the morning. He became involved with various conservation driven organizations since leaving Fish and Wildlife in 2002 and is currently a member of the Northwest Alberta Grizzly Bear Working group, Vice-chairman of the Alberta Conservation Association, Alberta Outdoor Coalition Board, Director and President of the Wild Sheep Foundation Alberta.

Pat knows the Alberta Rockies offer something very unique and diverse to the people of this province. Being involved with the Rocky Mountain Wilderness Society provides a stewardship opportunity to help ensure that future Albertans can enjoy Alberta’s mountain wilderness. 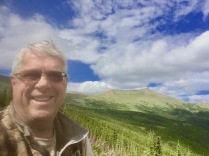 Jim was born and raised on the southern outskirts of Edmonton and from an early age had a close association with the outdoors. He graduated from the University of Alberta with a Bsc in zoology in 1969 and a Law degree in 1972. He moved to Hinton, Alberta in 1984 and currently is the Senior partner of Johnson McClelland. He has traveled extensively by horseback in many of the wilderness areas of Alberta and primarily in the Willmore Wilderness Park. He is currently vice president of the Hinton Local of the Alberta Trappers Association and also is a partner in a trapline located partially in the Willmore Wilderness Park. His Background and passion for maintaining the integrity and traditional use of all wilderness areas will provide a valuable asset to the Society.